London’s Formula E circuit at the ExCeL Arena will undergo some changes ahead of its second event at the end of July, but more drastic changes are being considered for 2023.

The unique part-inboard layout was criticized by many last July for its tight confines and a double hairpin bend, known to track designers as the ‘e’ section of the circuit in the second sector of the 1.39 mile track.

It was the scene of multiple incidents throughout the races with several penalties imposed for contact.

Now, subject to FIA homologation approval, the track is set to get some extra flow, and while Formula E won’t comment on specific revisions, it’s believed the ‘e’ section is likely to receive some changes.

However, these should only be the first phase of changes before a second true iteration of the track is planned for 2023. This will be for Gen3 cars which will result in a significant reduction in lap times.

The expansion works in the eastern parking area of ​​the ExCeL site should allow for the lengthening and widening of certain aspects of the circuit.

A further 21,000 square meters of exhibition and conference space will be created in the plan, which was approved last October by Newham Council’s Strategic Development Committee.

This will create a lot more development potential around the part of the track just before the cars enter the concourse for the final corners of the lap.

It is currently unknown at what stage of construction the new extension will be when the penultimate round of the 2022 Formula E World Championship takes place on the last weekend of July. 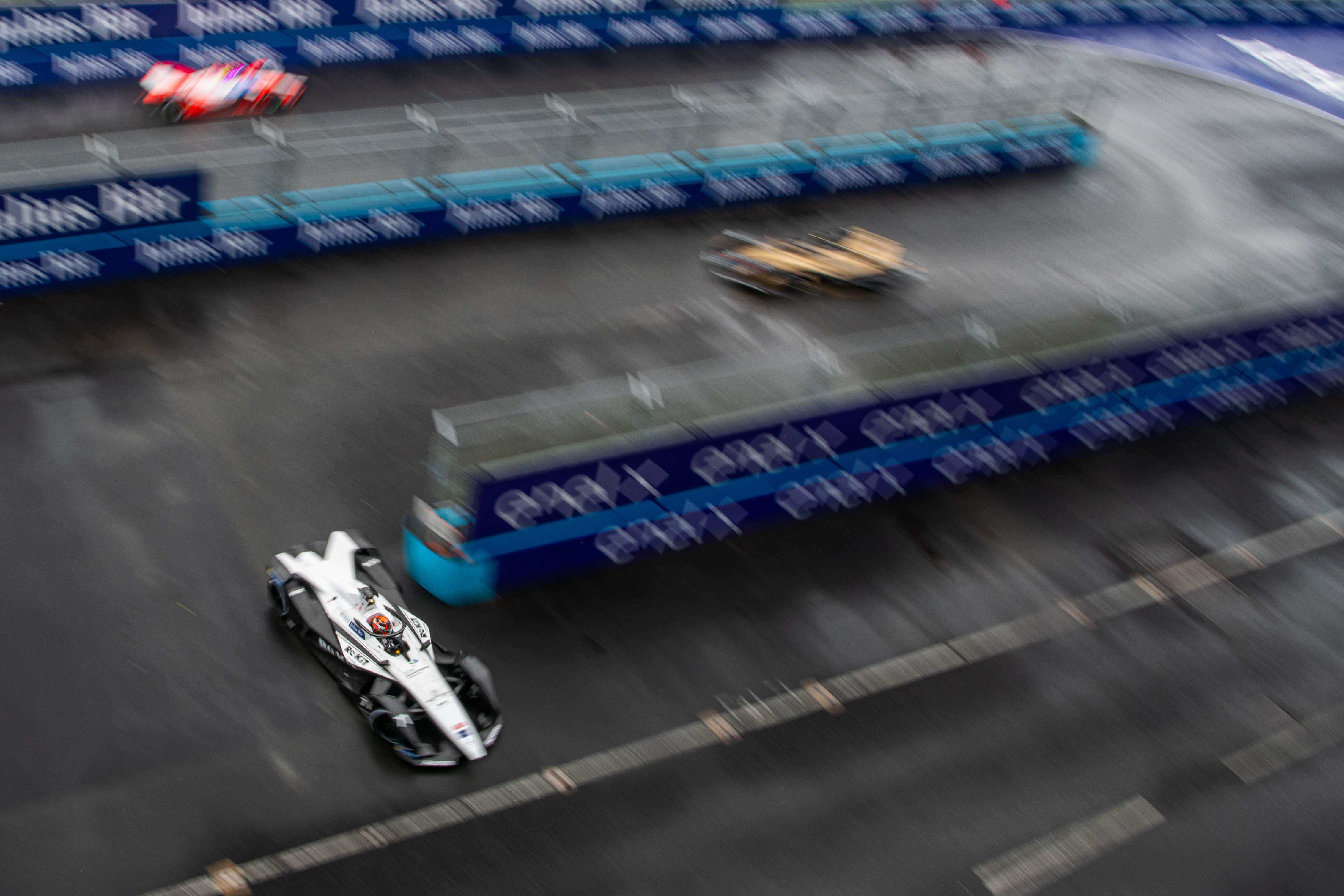 Several riders said the “e” section should be changed, with Mahindra’s Alexander Sims telling The Race that “getting rid of the two incredibly tight hairpins would probably be a first start, in my opinion.”

“That’s because they were key to being able to physically get around the hairpin in full lock.

“Probably avoiding corners where it is so that as a driver you have a bit more control so you don’t drive someone into the wall if you went down inside that would probably be judicious.”

Sims also highlighted the usable energy that was allocated to the London E-Prix races last season, which was set at 48kWh instead of the usual 52kWh.

This was to try to recover some of the drivers’ need to save energy during the race due to the characteristics of the ExCeL circuit. It was generally felt that the 4kWh reduction was not enough and favored nearly full-throttle racing, which in itself triggered marginal or desperate overtaking attempts.

This included incidents between Andre Lotterer and Antonio Felix da Costa, Sam Bird and Norman Nato, and Oliver Rowland and Stoffel Vandoorne among several other collisions.

OH NO! A blockage of @oliverrowland1 send it directly to @svandoorne dropping them both on the ground..

Mercedes driver Vandoorne broadly agreed with Sims, explaining that last season’s difficulties in London were “a bit of both with the layout of the track and the amount of energy we had to save”.

“Teams calculated last year that if they wanted to kind of run at a season average, for a lift and grade ratio, then we should have used around 38 kilowatts,” Vandoorne told The Race.

“So we still had way too much energy to make it a real energy race and that meant all the straights were almost flat.

“If you wanted to take a step, you almost had to have a contact to do it.”

Formula E and ExCeL Arena have a deal in place which runs until 2025, although it is understood this is set to be extended later this year.