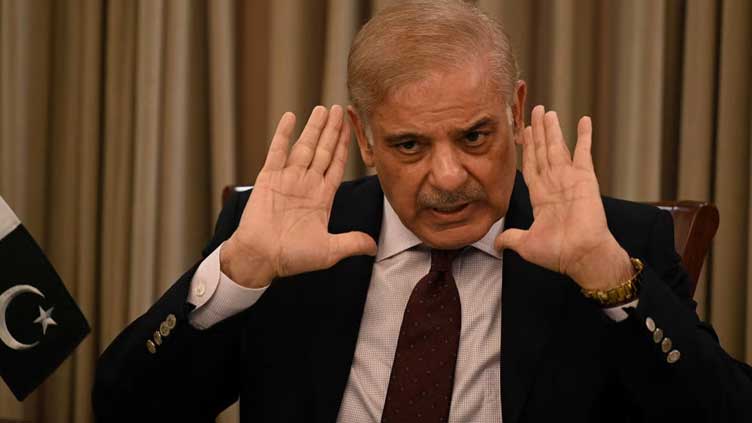 Economy ruined by Imran Khan is back on track (PM Shehbaz)


Economy ruined by Imran Khan is back on track (PM Shehbaz)

ISLAMABAD (Dunya News) – Prime Minister Shehbaz Sharif said on Saturday that the economy which had been ruined by former Prime Minister Imran Khan was back on track.

Taking to Twitter, the prime minister wrote that “it is the grace of Allah that the Pakistani rupee is the best performing currency against the dollar in the world.”

Prime Minister Shehbaz further wrote that “Finance Minister Ishaq Daris’ hard work is paying off and the economy destroyed by Imran Khan is back on track.”


Prime Minister Shehbaz Sharif ordered on Saturday that uninterrupted gas supply to consumers should be ensured during the winter season.

A meeting was held under the chairmanship of Prime Minister Shehbaz to discuss gas supply and load shedding situations in the country while Finance Minister Ishaq Dar, Minister of State for Petroleum and Advisor to Prime Minister Ahad Cheema, along with representatives from Sui Northern Gas and Sui Southern Gas Pipelines, attended the meeting.

During the meeting, Prime Minister Shehbaz ordered the supply of gas to domestic consumers according to their needs.

He also led the formation of a committee to solve the problem of gas supply to textile factories so that industrial units could get gas in time and increase their production capacity.

It was decided to maintain the electricity load shedding at the current level.

The Prime Minister also ordered the continuation of the import of fertilizers to meet the needs of farmers in the month of January.

He also led the preparation of a grant package for increased seed production for cooking oil.

It was also decided to set up a high-level committee to follow up on the decisions expected concerning the farmers’ package.

He also ordered the preparation of a subsidy package in consultation with the provinces to address issues regarding fertilizer and electricity prices.