These Maharashtra villages practice ‘best out of greywater’

India marks 75 years of its independence on August 15, 2022. During these 75 years, it has become a fully functioning democracy.

Greywater from the kitchens and bathrooms of 599 households in Bajar Bhogaon and 498 households in Jainapur village flowed into open sewers, causing sewage stagnation in the lower parts of the villages.

In Bajar Bhogaon, untreated greywater with debris and silt collected from agricultural fields, affecting farmers’ crops. The stagnant water stank and sewage passed in places into the Kasari River.

The narrow lanes and lack of space at the household level also made it difficult for the Gram Panchayat to propagate the idea of ​​cesspools in the village.

To help the Gram Panchayat find a solution, staff from the Water Supply Department Zila Parishad Kolhapur studied the situation and gathered information on the availability of land, the slope of the area and the volume of gray water generated. .

They came to the conclusion from the information available that a waste stabilization pond system was the best solution for the management of gray water in the village. Gram Panchayat land was used in both villages with the permission of the District Collector. 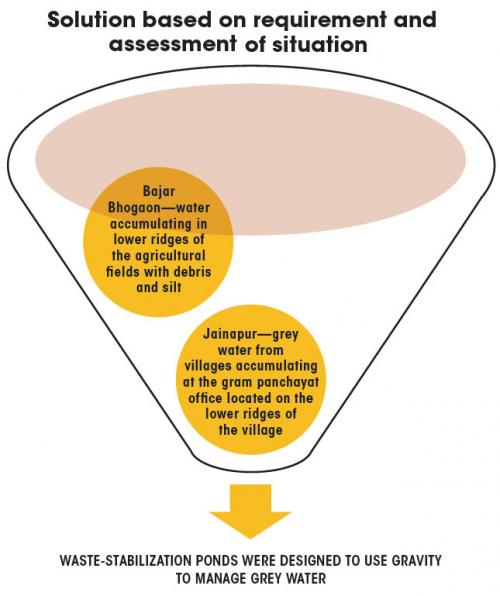 The waste water from the drains flows into the screening chamber and the floating debris is removed there.

The wastewater then flows into the anaerobic tank, where the retention time is one to two days.

Some solids are removed while those that settle to the bottom break down in this tank.

Anaerobic decomposition occurs in the absence of oxygen due to the greater depth of the reservoir.

The water then moves to a facultative basin, where the retention time is three to six days.

A combination of anaerobic and aerobic processes is used here.

The reduced depth of the pond helps aerobic reactions to start here.

Finally, gray water moves to maturation ponds, where pathogens are killed in the presence of oxygen and sunlight.

This allows for longer exposure of wastewater to sunlight and allows water movement for better pathogen removal.

Treated water from the maturation pond is used for irrigation and groundwater recharge in the two villages.

Jainapur, due to lack of land, made three L-shaped ponds.

The capacity of Bajar Bhogaon and Jainapur waste stabilization ponds are 30,000 liters per day (L/d) and 60,000 L/d respectively.

The fund used for the construction of the two gray water treatment systems was sanctioned by the Swachh Bharat Mission.

Construction works in both villages were completed through competitive bidding process in 2018-2019.

Jainapur was to transport gray water through a 12 km long underground pipeline. This was done through the Gram Panchayat as part of the Local Area Development Funds of Members of the Legislative Assembly.

The operation and maintenance of the treatment systems are carried out by the respective Gram Panchayat under the funds of the Gram Panchayat. The estimated cost of cleaning a system annually is around Rs 0.5-0.7 lakh per year.

The cleaning of the transport system for the whole village is around Rs 4 lakh per year.

Residents of both villages can now get free irrigation water. Previously, they had to pay private parties for this. The cost of purchasing water represented up to 20% of their agricultural production.

Bajar Bhogaon is now planning to spend Rs 2 lakh to install solar powered pumps to reduce the energy cost of pumping water from agricultural fields. Both villages plan to treat as much gray water as possible. 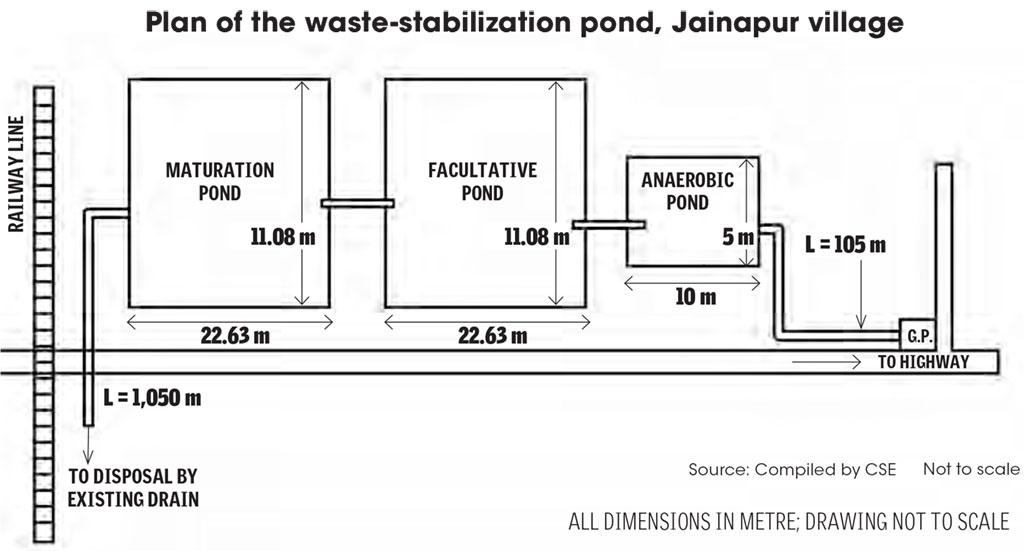 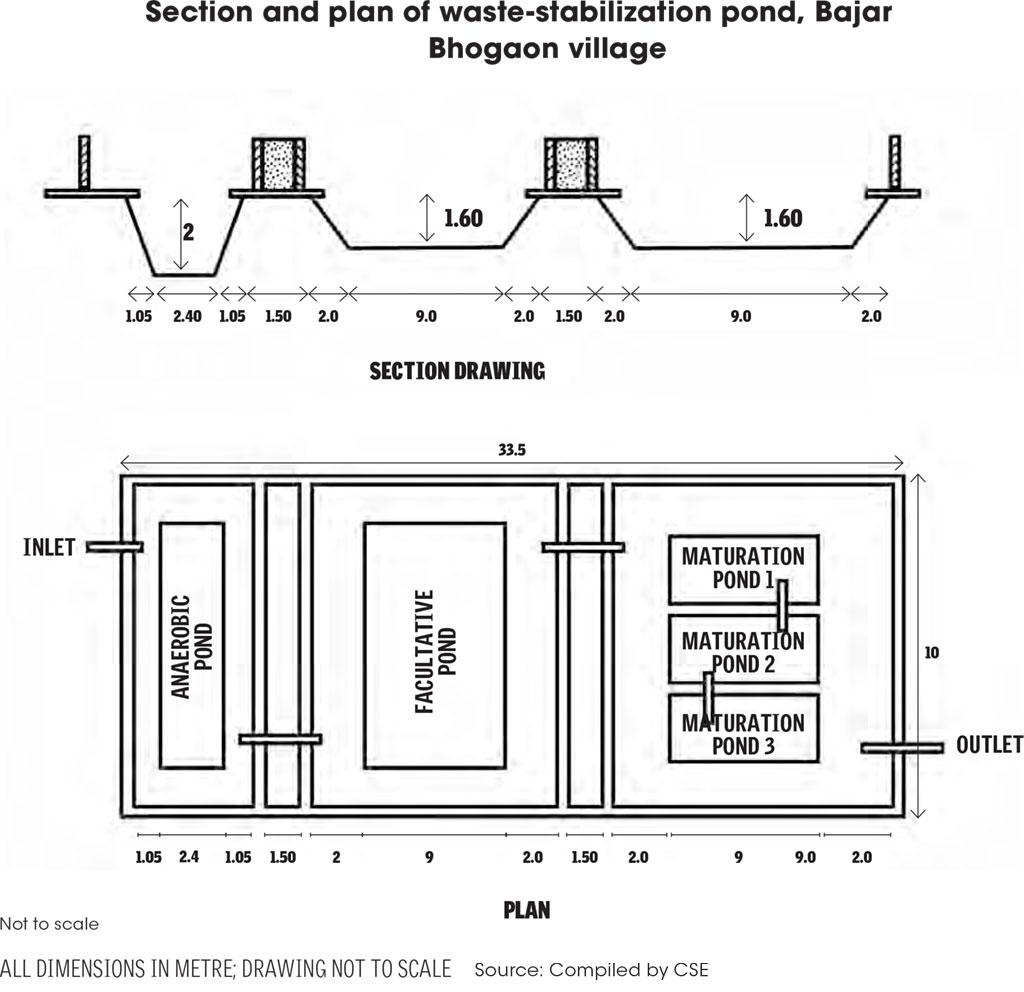 This is part of water compendium published by Center for Science and Environment, New Delhi.

We are a voice for you; you have been a great support to us. Together, we are building independent, credible and fearless journalism. You can still help us by making a donation. It will mean a lot to our ability to bring you news, insights and analysis from the ground up so that we can effect change together.