This week, updates on some interesting developments in transportation:

PEAK RATES: On March 1, Metro-North will resume charging peak fares during peak hours. But the railway will also offer new discounts: 10% off a monthly pass and discounted 20-trip tickets. On subways and buses, they will offer passengers free rides for the week after paying for 12 one-way tickets through the new OMNY scanners. They call it “fare capping,” giving frequent riders free rides after paying $33.

SERVICE ADDED? : The railroad says it is evaluating adding more services, speeding up express trains, etc. But no plan has been announced. Result: peak hour passengers will pay more but will not get faster or more frequent trains. 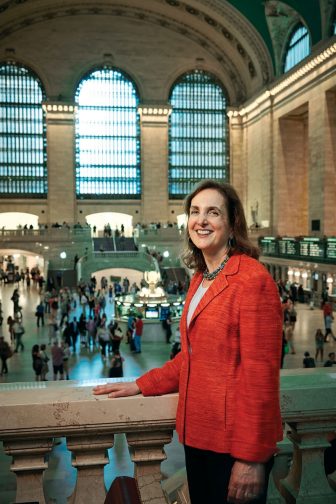 APARTMENT TO BUY: Many New York City businesses eventually called their employees back to the office at least a few days a week. Station parking lots are filling up again, but weekday ridership is still only around 40-45% of pre-pandemic numbers, well below the expectations of railroad consultants thanks to Omicron.

CATHERINE RINALDI: With the surprise retirement last week of Long Island Rail Road chairman Philip Eng, Metro-North CEO Catherine Rinaldi has been named the railroad’s interim chairman. Rinaldi’s career began on the LIRR and she is widely respected in the industry, although she has now spread out a bit.

FREE TRANSIT: We should keep a close eye on Boston’s experience with free bus fares on its three busiest routes. Some 100,000 daily passengers will benefit from faster service as they will now be able to board through all doors, which will speed up waiting times at stops. The experiment advances Boston Mayor Michele Wu’s dreams of free citywide transit and is being paid for with $8 million in DC’s COVID relief funds. (NYC already offers 50% off MetroCards for low-income residents.) 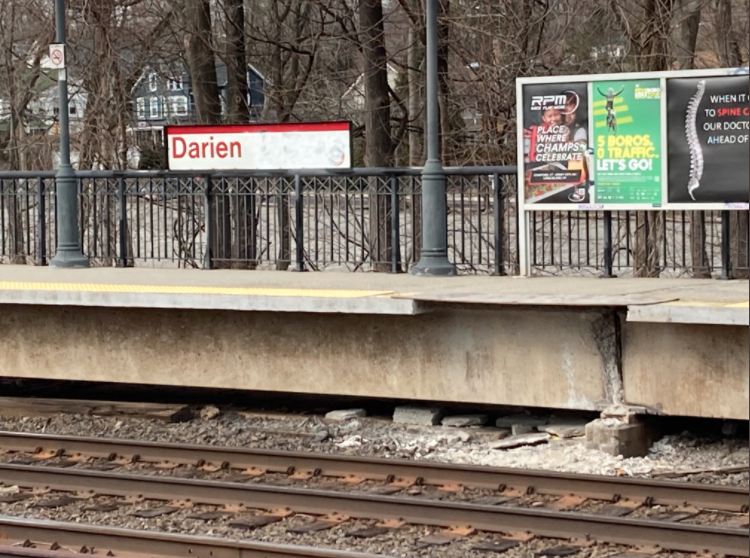 Tweet from CT Rail Commuters: “200 feet from Darien RR station platform closed due to crumbling concrete. The planned $34 million replacement of the rig did not start on time. (12 February)

CONCRETE IN EFFECT: Darien Station saw 200ft of the New York-bound platform closed for safety this week when inspections revealed the decades-old concrete structure was collapsing. The station was already scheduled for a $34 million platform replacement program, apparently not implemented in time to avoid this situation.

WI-FI ON METRO-NORTH: You can “surf” planes, many buses and even Amtrak. But you can’t find Wi-Fi on Metro-North because the railroad doesn’t seem interested in investing in the technology, and probably for good reason. But now Governor Ned Lamont is proposing to invest $30 million in onboard Wi-Fi, just as 5G mobile phone technology is being rolled out, perhaps rendering Wi-Fi obsolete. No response from the railroad on the governor’s plan yet.

No Wi-Fi on Metro-North

THE LAMONT BUDGET: Given that it’s an election year and the state is enjoying a record surplus, the governor kicked off the short legislative session with a number of big spending ideas. Backed by $1 billion in federal infrastructure spending for the state, Lamont doubled down on efforts to expand service on the Danbury and Waterbury branch lines. And yes, he still claims that it is possible to reduce the travel time by 30 minutes each way between New Haven and New York. 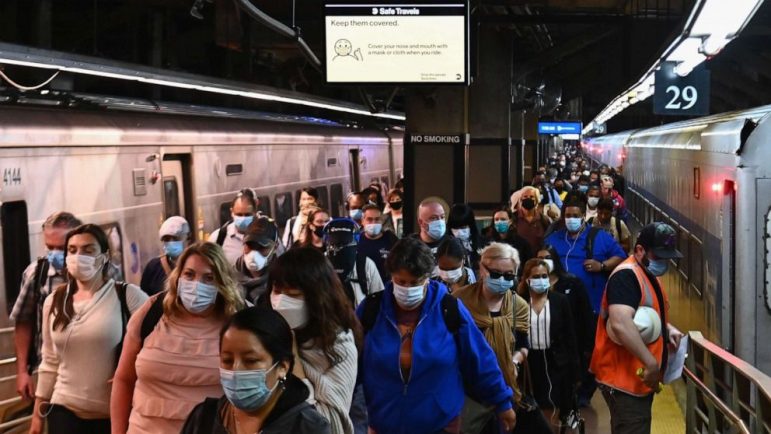 Masks are still worn on Metro-North.

IS COVID DONE? : Masks are coming off (but not yet in transit, according to the Feds) and things seem to be reopening. Still, Connecticut averages about 19 deaths per week from COVID-19. Half of those hospitalized with COVID-19 are vaccinated breakthrough cases. So is COVID-19 over or are we just over it?